Alto Metals Limited is a gold explorer holding a significant land position of over 900km2 (“Sandstone Gold Project” or “SGP”) in the Archaean Sandstone Goldfield approximately 600km north of Perth in the East Murchison Mineral Field of Western Australia.

Sandstone Gold Project is an advanced exploration project which comprises both brown-field and green-field exploration portfolio. The current mineral resource base of the SGP consists of 6.22Mt at 1.7g/t Au for 331,000koz of gold Mineral Resource (Indicated and Inferred, JORC 2012). Refer to Mineral Resource Table.

Historical production from the Sandstone Goldfield is approximately 1.3 million ounces gold, with half of this being mined in the period 1894-1914, and the remainder being mined by Herald Resources Ltd and Troy Resources NL from shallow open pits (50m to 100m below surface) at Oroya, Bull Oak, Bulchina, Lord Nelson and Lord Henry in the period 1994-2010.

Alto’s immediate focus is to rapidly expand the current mineral resources with further exploration and step out and infill drilling. The Priority targets are shallow gold deposits (new deposits such as Vanguard, Indomitable Camps, Havilah and Ladybird etc.), extension and primary zone discoveries in the vicinity of previously partial-mined deposits (such as Lord Nelson, Lord Henry and Bulchina etc.) that could be profitably mined through establishment of standalone oxide and primary gold mining operations at Sandstone.

Since acquiring the Sandstone Project in June 2016, Alto has compiled and reviewed a large legacy database ahead of a series of focused exploration and drilling campaigns which have significantly firmed up the base of multi-million ounces gold potential.

Alto Metals Limited has assembled an experienced and well-respected board and management team. 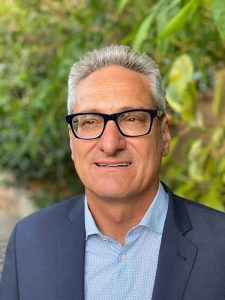 Mr Monti is a geologist with a successful career of over 30 years in the international mineral resource industry, resulting in broad industry knowledge and strong strategic planning capabilities. He has first-hand working knowledge of all aspects of the industry. He has 48 years of experience as a Director on 13 ASX and TSX listed companies, covering exploration and mining activities. Directorships include four as Chairman and sitting on numerous sub-committees. Richard has held roles at several international and Australian companies including Anaconda Nickel, Azimuth Resources Limited, The North Group and The Normandy Group. He was a founding Director of Azimuth Resources and the architect of the Company’s eventual take over for A$190m in 2013. Richard was Principal of Ventnor Capital from 2005 to 2010, a corporate advisory business supplying advice across the commercial and corporate spectrum to junior and mid-size companies. 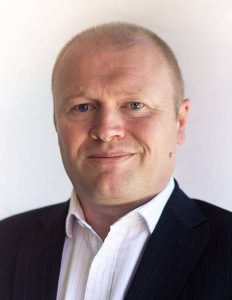 Mr Bowles is a senior corporate finance executive with extensive public corporate advisory, private equity and capital markets experience in the resources sector. Mr Bowles has successfully negotiated domestic and cross border corporate funding, joint venture and M&A transactions for a number of ASX listed companies in Africa, the Americas and Australia. Mr Bowles was previously Chief Development Officer for a West African focused ASX listed company. He commenced his career with Rio Tinto where he worked in a number of corporate and commercial roles for nine years, before moving to London to work in banking and finance. Since his return to Australia he has held senior roles with global advisory firms, with a focus on the resources sector. Mr Bowles holds a Bachelor of Business, is a member of CPA Australia and a Fellow of the Financial Services Institute of Australia. 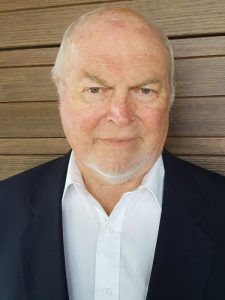 Mr Wheeler is a Fellow of the Royal Australian Chemical Institute, a Member of the Australasian Institute of Mining and Metallurgy Inc., a Member of the Association of Exploration Geochemists, and an Associate Member of the International Association of Geoanalysts. Mr Wheeler commenced employment at the DSIR (Department of Scientific & Industrial Research) in London in 1958 and achieved his academic qualifications whilst gaining excellent practical work experience. He migrated to Perth, Western Australia, in 1967 and joined Western Mining Corporation, where his mineral analysis experience was gained, and with further study and qualifications he was promoted to Chief Chemist of the Kambalda Nickel Operation in the Eastern Goldfields. Terry and his wife Christina established Genalysis Laboratory Services in 1975 and grew the company into one of the largest and most successful analytical companies in the southern hemisphere with over 300 technical staff. In 2007, Genalysis Laboratory Services was purchased by Intertek Group plc. 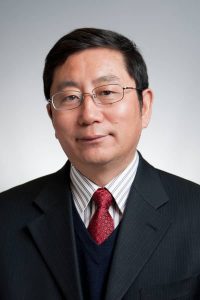 Dr Wang has a BSc in Mineral Prospecting and Exploration from Central-South University of Technology Changsha, China, and an MSc and PhD in magmatic petrology and economic geology from the same university. Dr Wang is a geologist with extensive international minerals experience, and has been Chairman since 2004 of Sinotech Minerals Exploration Co. Ltd. He has been President of the prestigious Beijing Institute of Geology for Mineral Resources since 2002, and is an accomplished mining team leader with a track record of discovering major deposits around the world. Dr Wang has also held the title of Vice-President of the China Nonferrous Metals Industry Association since 2008 and was Executive Director of China Nonferrous Metals Resource Geological Survey from 2003 -2015. Dr Wang is a leader in the non-ferrous metals industry in China with over 30 years' experience in mineral exploration and mining. Dr Wang is also the Chairman and Director of East Africa Metals Inc. (TSX-V) and Nickel North Exploration Corp. (TSX-V) and a Director of Orca Gold Inc. (TSX-V).

Dr Jia is a geologist with extensive global mineral and mining industry experience in Asia, South America, Africa and Australia. Dr Jia was previously General Manager of Minera Altamira Chile, South America and is a non-executive director of Enterprise Metals Ltd. Dr Jia is a member of the Australian Institute of Geoscientists and registered geologist of the China Nonferrous Metals Industry Association, with expertise in mineral exploration and mining. Dr Jia has a BSc in Hydrogeology & Engineering Geology from North China University of Water Resources and Electric Power, China, and a PhD in Economic Geology from the University of Science & Technology, Beijing.

Mr Smith is a finance professional with over 25 years’ experience in accounting and company administration. He graduated from Macquarie University with a Bachelor of Economics degree and has since received a Master of Business Administration and a Master of Commercial Law. He is a Fellow of the Australian Society of Certified Practicing Accountants, the Institute of Chartered Secretaries and Administrators and the Governance Institute of Australia. He is the principal of Wembley Corporate which provides Company Secretarial, CFO, Accounting and Corporate Governance services to public and private companies.

Alto Metals Limited has adopted a Corporate Governance Plan which forms the basis of a comprehensive system of control and accountability for the administration of corporate governance. The Board is committed to administering the policies and procedures with openness and integrity, pursuing the true spirit of corporate governance commensurate with the Company's needs.

The Company is pleased to provide a copy of its 2020 Corporate Governance Statement below.